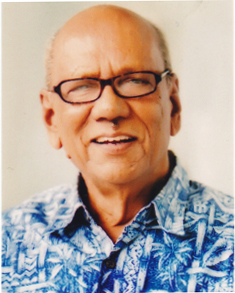 Dr Alauddin is unanimously elected as Chairman of the Board of Trustees (BOT) of the University of Asia Pacific (UAP) recently. He takes over from the immediate past Chairman, Mr. C. M. Shafi Sami, who was an eminent diplomat and an Advisor to the Care Taker Government.

Among others, both Dr Alauddin and his wife, Fatema Alauddin are founder members of UAP. As professionals in and promoters of education, they have established SN Academy for children to give them good background foundation in elementary education in their rural area at Jhawail in Gopulpur Upazila of Tangail district.

Dr. Alauddin had the opportunity of providing training consultancy to Egypt, Tanzania, Pakistan, India, and Tibet. He was consultant to The World Bank, The Population Council, The USAID, and IUCW and had attended International Conferences in Mexico, Egypt, and Indonesia as members of Bangladesh Delegation as NGO representative.