Mr. A. K. M. Kamaluddin Choudhury, former Chairman and Member of the Board of Trustees, UAP passes away 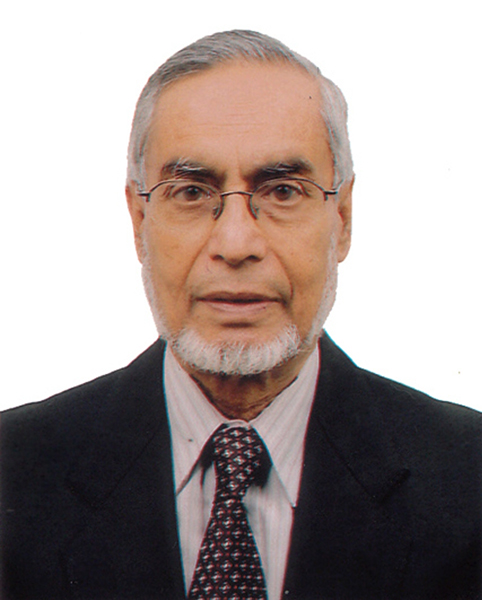 Mr. A. K. M. Kamaluddin Choudhury, member and former Chairman of the Board of Trustees of the University of Asia Pacific (UAP), breathed his last on 12th November 2022 at 8:30 am Bangladesh time in the USA at his son's residence. He was 86.

Mr. Choudhury held many important positions in the Government of Bangladesh including the posts of Home Secretary, Works Secretary, Shipping Secretary and Ambassador (1988 to 1992) to European Union, Netherlands, Belgium, Luxembourg. He was also the former Vice Chancellor (2001), UAP and Chairman (2014-2015), Board of Trustees of UAP. He was also a Member of the National Executive Council, National Heart Foundation of Bangladesh.

Mr. Choudhury was born on 05 March, 1936. He left behind his two sons and a host of relatives and well-wishers to mourn his death.

His namaz-e-janaza was held at Al-Firdaws Madrasa & Mosque, IRCICA at 12:30 am Bangladesh time on 14th November. Later he was buried at a graveyard of Al-Firdaus Memorial Gardens, Maryland, USA.

His relatives, friends and well-wishers are requested to pray for the salvation of the departed soul.