UAP Indoor Sports Club organized the Inter-department Online Chess Tournament, Spring 2021 on October 22, 2021. The tournament was divided into two categories – Male and Female. The participation was open for students, alumni, faculty members and staff of all the departments in the university. The tournament was held on Chess.com, an internet chess server. The event was held in a Swiss Arena system with 5+0 time format. There were 40 participants (Male: 27 and Female: 13). The Champion along with the 1st runner up and 2nd runner up was chosen from each category based on their total earned points. 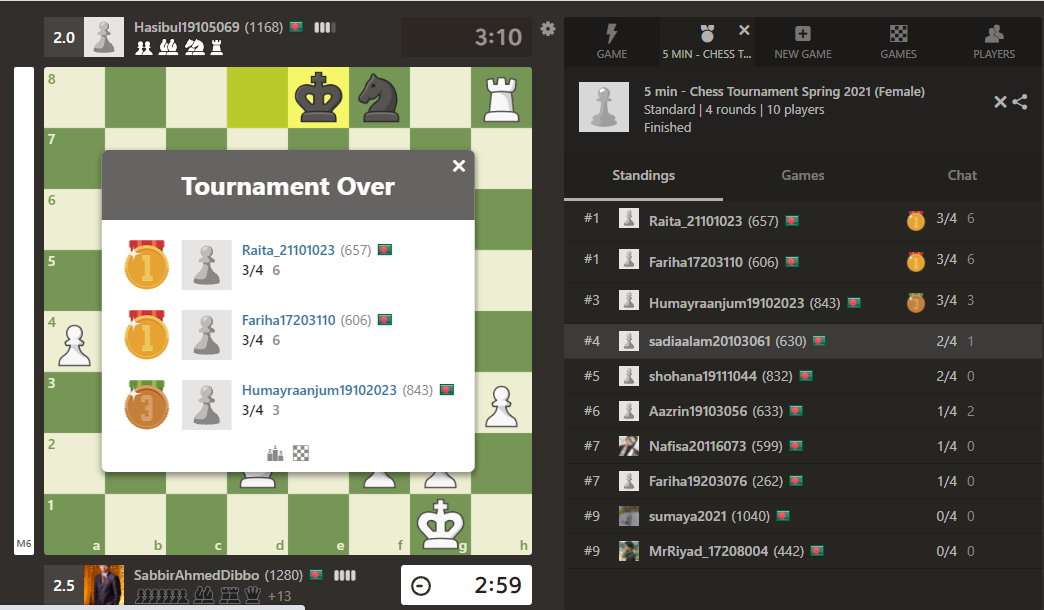 To maintain the necessary precautions and social distancing, the prizes were home delivered to all the winners.